Click here to buy it now: Knitting Because Murder Is Wrong poster, canvas 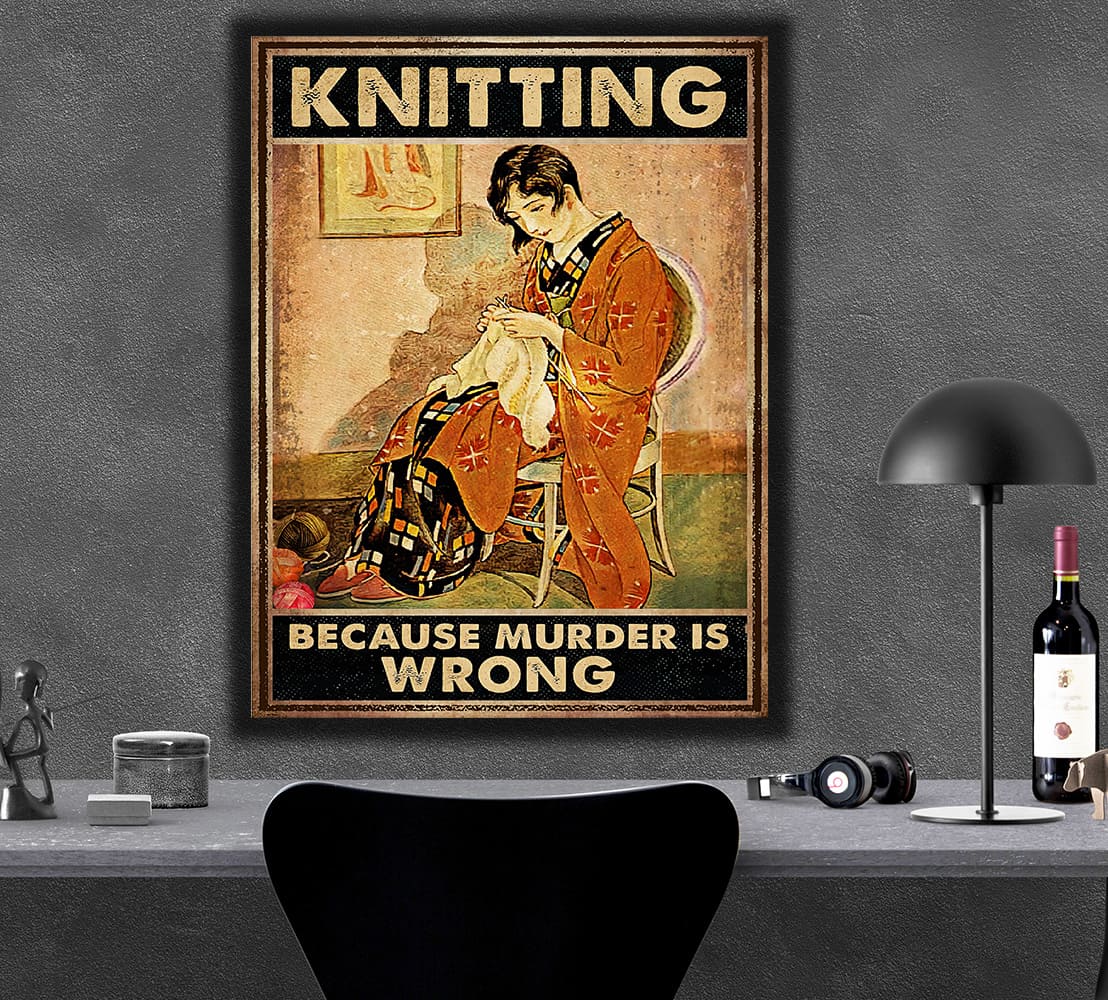